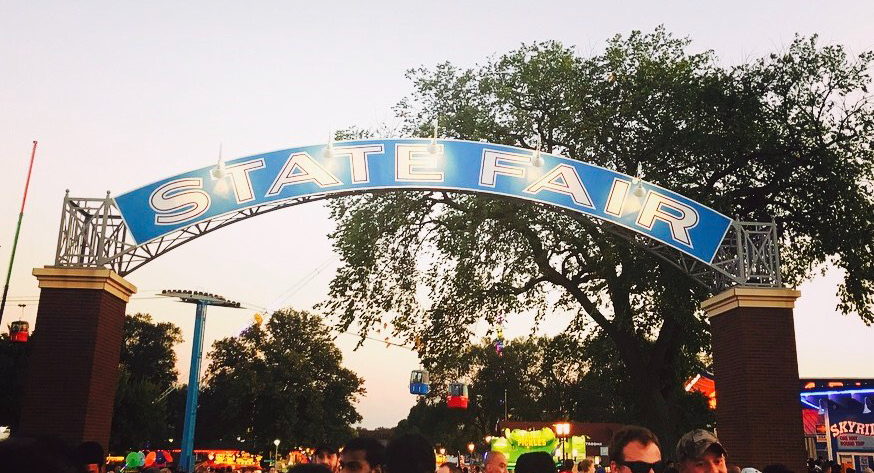 People here talk proudly about the state fair.I had been hearing about the state fair since I stepped into Minneapolis.Like it was one of the things to do in Minnesota.And I had also heard August is a month of festivities & Celebration.Like we had India fest, followed by the festivals and to end it with State fair.It goes on for 12 days.It starts by the end of August and always ends on Labour Day.I decided to do some research on this.I have found out that the state fair symbolizes the end of summer.People from all the corners of Minnesota and also from some of the neighboring states gather over on the fairgrounds for food and fun.But it looks like its more than just food and fun.The Minnesota State Fair is a world-class showcase of Minnesota’s finest in agriculture, arts, industry and entertainment.

The streets on the fairgrounds are named in recognition of past State Agricultural Society leaders and individuals who shaped the State Fair for the future.

A large portion of the Fairgrounds are occupied by livestock barns, where various farm animals are displayed. The animals and their owners take part in livestock shows to compete for awards.

There are a lot of things to do at the fair.But mainly its the food.Its food and only food everywhere.There is a lot of food, when I say a lot, all sorts of it.Infact more than 450 foods are available at 300 food stalls.Some of the foods include Deep fried pickles, French fries, flowering onions, mini donuts, cheese curds, chicken kababs, corn roast and not to forget the famous Martha’s Chocolate cookies.

We started our fair tour with a small bit of girls shopping, everything was looking nice and I should but this kind of. Jewelry stores were pretty affordable and there were a lot home decoration stuffs stand even before we could go a round about the shopping stalls we were hungry:P 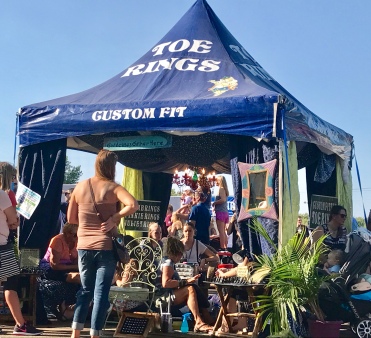 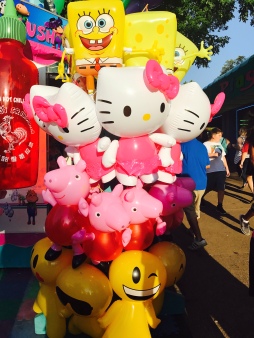 We moved ahead with a Red Sangria.Its a punch traditionally consisting  of Red Wine and and chopped fruit, often with other ingredients such as orange juice or brandy.

The next thing was the fried pickles.That was the first time I was eating them and I thought they were delicious and I always prefer any junk which is fried.Its basically Indian Bonda(a spicier version) with pickled cucumber in it.Hmmmm… my mouth still waters just thinking of it. 😛 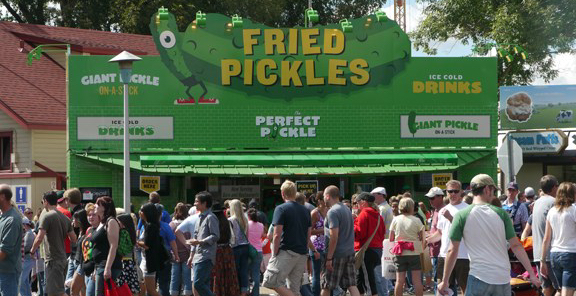 We walked around for a bit and went inside a stadium hoping for Horse show, but there was some competition of Cows going on.Oh yeah before that we were at the “All You Can Drink” stand that sells a glass of milk for just a dollar.Somehow I did not drink that but the same stand was selling vanilla and chocolate milkshakesIt said that the  Milk stand goes through over 25,000 gallons of milk every year. 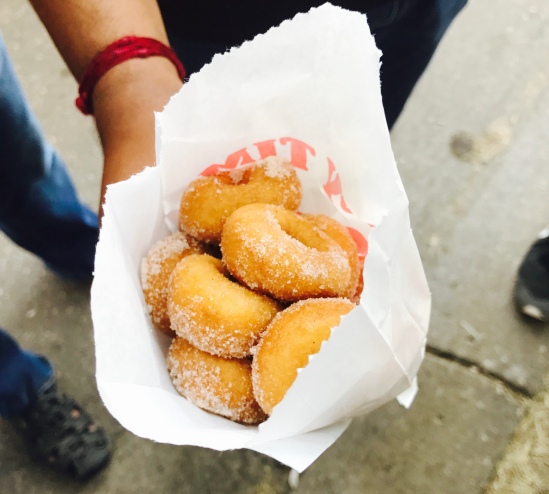 Mini Donuts(one of my favorites)!!

We wouldn’t have ended the day with out having this amazing delicious, freshly made cookies.The line for the cookies was huge that the guys had to wait for more than hour to get them, which later became the highlight of out fair visit.

The line for Alligator 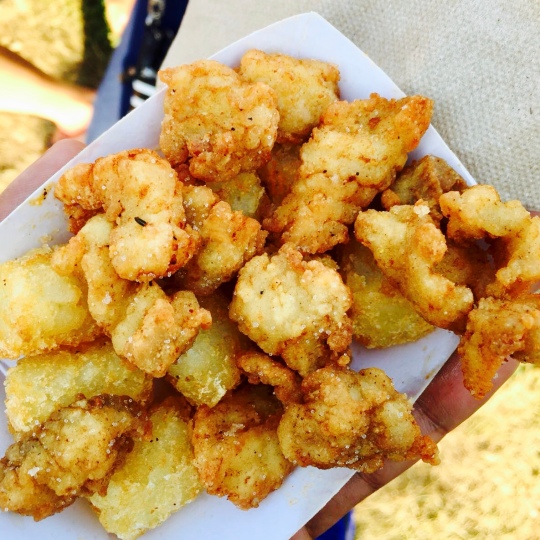 We were there almost whole day , still feels like there’s so much more to see.A friend of mine who is brought up here in Minnesota , visits the fair atlas  3-4 times in 12 days.I think thats the best thing to do.That way you get to enjoy everything thats available.I also loved the bus service from every possible location to the fair grounds.I also heard that there is a bus service from each district of Minnesota.You don’t have to wait anywhere , the buses were right on time as per the schedule.

I have always been a journal girl, When I got married and took a break from the routine corporate life, I wanted to pursue my hobbies.Writing was one among them.So here I am :) Other than writing, I love to cook, a bit of artwork, a fitness freak etc.
I believe in believing myself..I believe in smiling, smiling a lot.I try to find happiness in small things.Because I believe small things are the best things!

This is a text widget. The Text Widget allows you to add text or HTML to your sidebar. You can use a text widget to display text, links, images, HTML, or a combination of these. Edit them in the Widget section of the Customizer.